​"Spice of the Dead" is a piece that I created for Light Grey Art Lab's "World Roulette" group show. The premise of the show was that each artist was given a randomly generated fantasy world that they had to create a piece of artwork on, as well as write a brief story. The specs of the world were based on time period, significant resource, culture, and biome. I rolled a world that had: coastal (biome), spices (resource), spiritual: ghosts (culture), and the Age of Wealth and Wonder (time period). ​

For my piece, I decided to create an assortment of objects, arranged in a style similar to a museum display case, consisting of items that would've been found at a burial site in this world. This was a world-building challenge, so prior to creating this piece I did some research on real ancestor-worshipping cultures and early hunter-gatherer societies to get inspiration for what kind of society this world would have.

​This piece was created on Procreate. 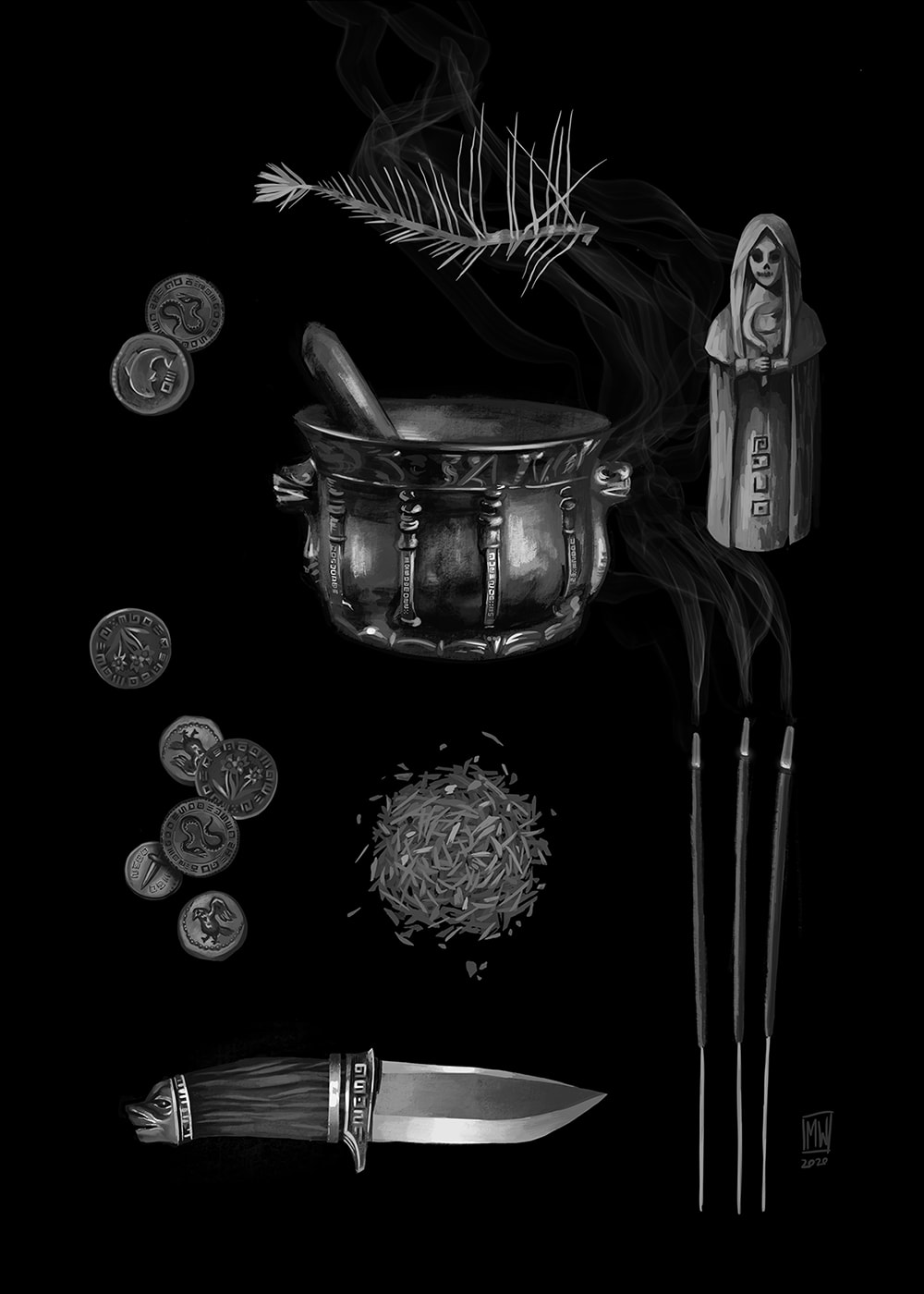 
​"We buried nana today. Our family, although scattered, pooled together all of our resources to give her a worthy funeral. In her coffin we included some of her favorite things - her mortar and pestle, her idol of the great goddess, her foraging knife, some food and coins for safe passage through the spirit realm. But most importantly, we found the plant. In our language it is called Kama - the spice of the dead. Without it, she would’ve remained on earth, unable to pass on, restless and vengeful.

​Upon learning that nana would not have long on this earth, my sisters and I searched for the plant day and night. We asked the elders for locations of the most recent forest fires, where it only grows from the burnt earth. After days of searching, we found it, tucked at the foot of a fallen oak tree. We harvested a small piece of the root to grind into incense for the funeral."