​"The Conservatory" was a collection of four paintings that I did for a solo exhibition in February 2020 at Ghostlight Gallery (New Orleans, LA). The collection was inspired by overgrowing vegetation and the concept of memento mori - that everything, including manmade structures, must die. The pieces were all created with acrylic on panel. 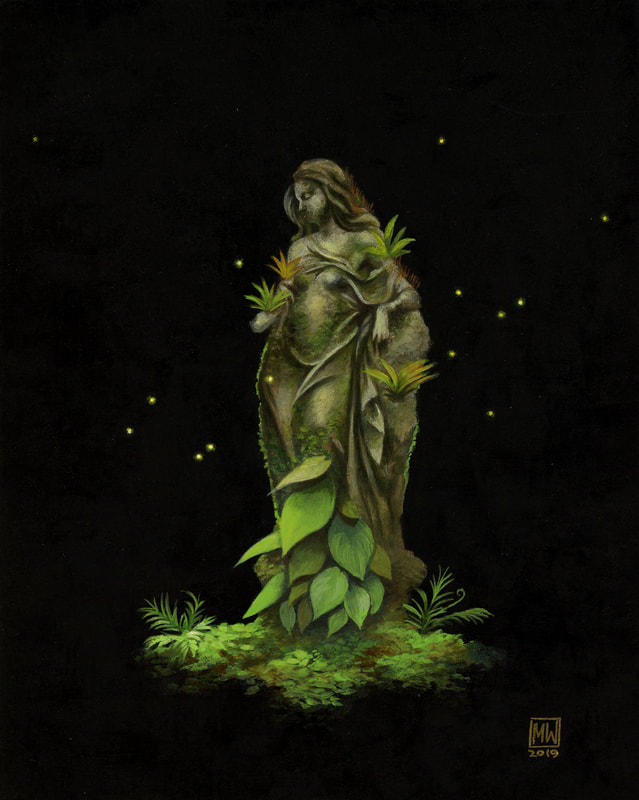 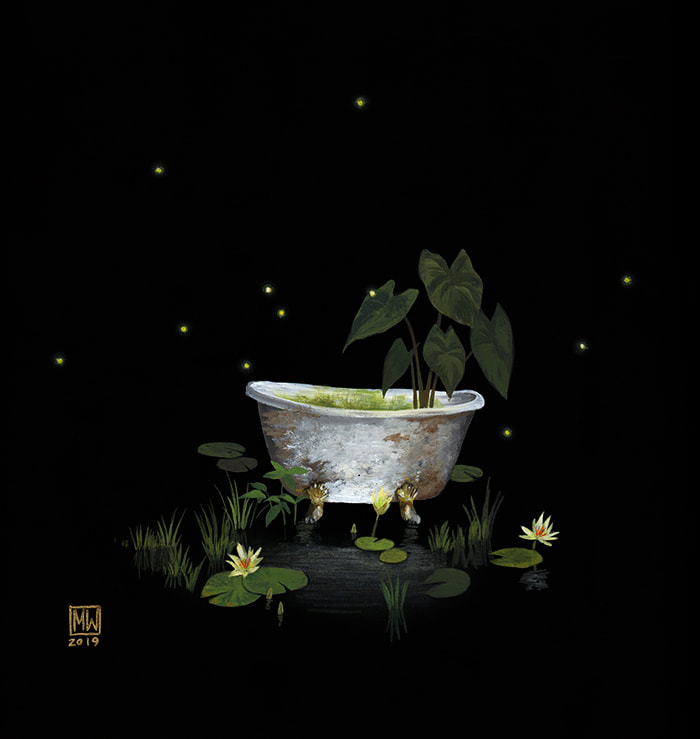 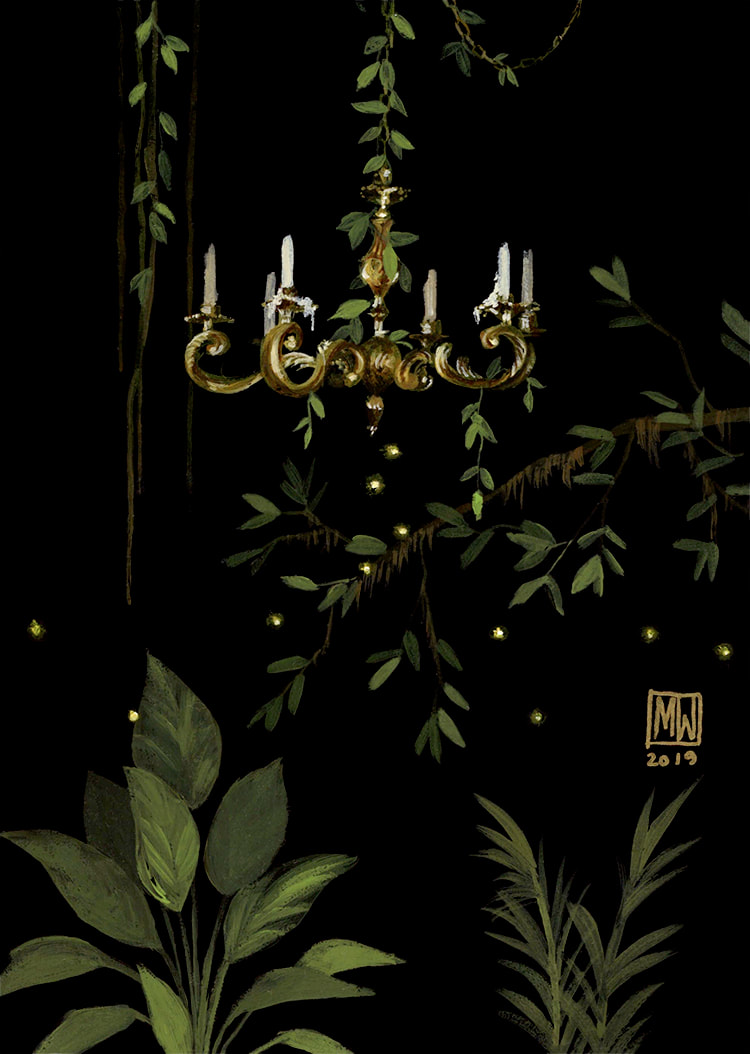 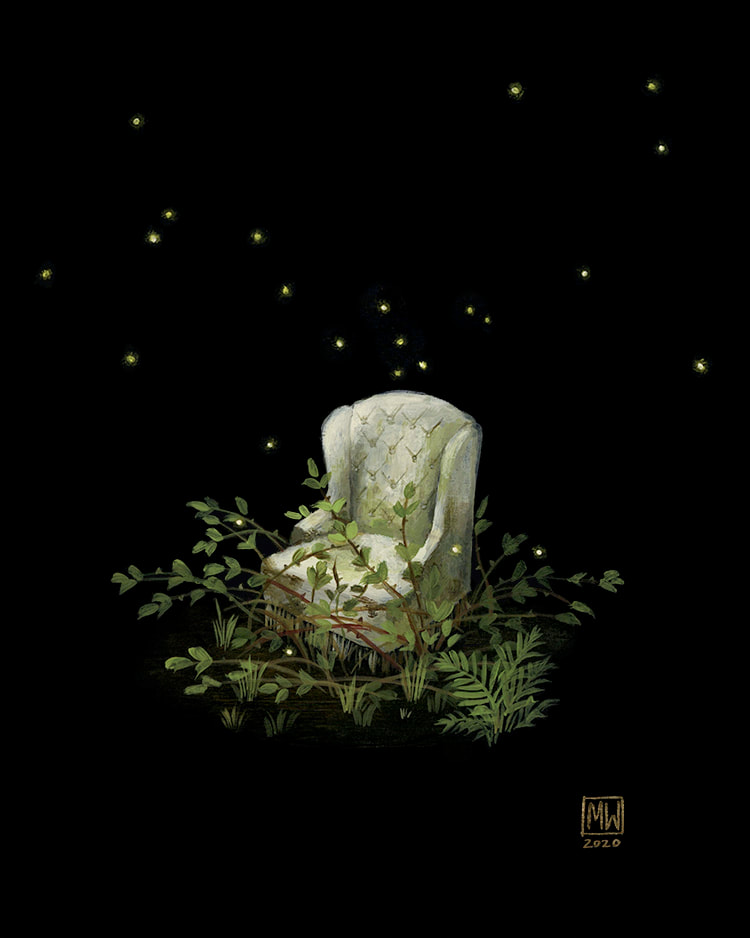 ​A lot of inspiration came from a trip to Gamboa, Panama, that I did in 2019 as part of an artist residency program. Gamboa is a small town about a 40 min drive away from Panama City, that was formerly populated by canal workers during the early 1900s. The town is surrounded by dense jungle, a nearby resort, and is a stone's throw away from the canal itself. In present day, it's populated by both locals as well as foreign scientists working at the nearby Smithsonian Tropical Research Institute (STRI), but it's still a sleepy, semi-abandoned town - many buildings in the town are unoccupied, crumbling and overtaken by vegetation. It was the perfect example of a bygone era lost to time, and lots and lots of vines.