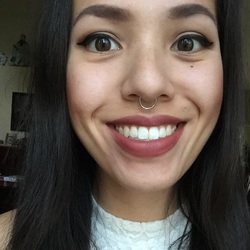 Hello there! I am an artist living and working out of Seattle, WA. My work is inspired by history, nature, biology, folklore, and a very nerdy childhood filled with books. My main mediums are acrylic, digital, and gouache.

​I am available for freelance. If interested, please send me an e-mail at
thecreepingmoon @ gmail.com ﻿ or fill out the contact form below.